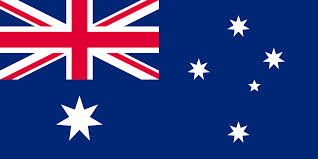 The first reported case in Australia using the Court’s power to preserve property to try and secure Bitcoins pending resolution of the dispute. Acted for the Plaintiff and obtained an Order requiring the Defendant to produce a seed phrase needed to release Bitcoins from a security wallet.

Represented the owners of a retirement village and succeeded in a long running dispute with an adjoining property owner over easements by proving nuisance through substantial interference. Orders were obtained to make use of the property safer, especially for use by children and elderly people.

Acted for the Defendants and successfully obtained an Order requiring a litigation funder to provide security for costs in the amount of $400,000, in a case brought by an individual Plaintiff.

Represented a landowner and obtained a permanent injunction and damages against a trespasser in Rasco Pty Ltd v Lucas [2017] VSC 703.

Filed an application for emergency injunctive relief in the Hong Kong International Arbitration Centre (HKIAC). The case involved companies based in Australia, the British Virgin Islands, Hong Kong and China, with the dispute principally based upon the oppression of a minority shareholder and breaches of a shareholders’ agreement.

Defeated a claim for waiver of legal professional privilege, both at first instance and on appeal.

Acted for American rapper Flo Rida in the Supreme Court of New South Wales Court of Appeal and overturned a judgment entered against Flo Rida for failing to appear at a music festival. The client did not appear and judgment was entered on default. Flo Rida had been served via Facebook, which was held invalid in the circumstances. The Court of Appeal also held the District Court did not have extra-territorial jurisdiction and the music promoter failed to prove Flo Rida was in New South Wales on the day the proceedings were commenced.

Represented a Bahamian casino and obtained a seven figure judgment in the Supreme Court of Victoria against a Melbourne gambler who unsuccessfully argued the casino was guilty of unconscionable conduct. Subsequently defeated an application by the judgment debtor to dismiss a Creditor’s Petition following his Personal Insolvency Agreement in Paradise Enterprises Ltd v Kakavas [2011] FMCA 370.

Obtained an Order requiring overseas Plaintiff residing in California to provide security for the client’s costs. The case involved an alleged de facto relationship in which jurisdiction was disputed under the Property Law Act (NSW).

Represented the United States Government and obtained orders setting aside proceedings commenced against it in the Supreme Court of Victoria on the basis that as a foreign state, the US is immune from the jurisdiction of Australian courts pursuant to the Foreign States Immunities Act 1985 (Cth). Also succeeded on separate grounds that the claims made against the United States were not justiciable as they required adjudication of acts of state and determination of matters bearing upon the validity of acts and transactions of foreign states.