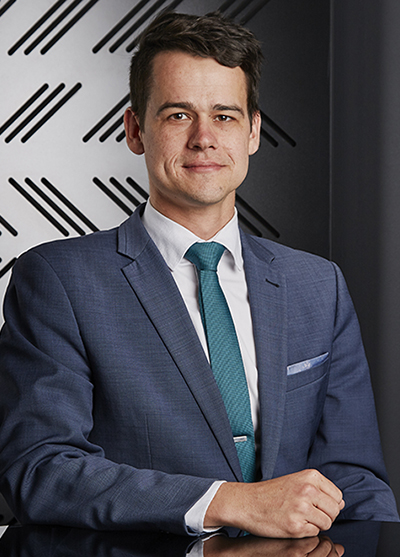 Dominic has experience acting for both claimants and respondents in adjudications made under the Building and Construction Industry Security of Payment Act 2002 (Vic), including jurisdictional appeals to the Supreme Court of Victoria, and adjudications in New South Wales, South Australia and Queensland under the respective state legislation. He has also acted for clients in all Victorian Courts and the Victorian Civil and Administrative Tribunal (VCAT) in a variety of complex construction and geotechnical engineering matters, in Building Appeals Board matters and in relation to complaints made against construction professionals to the Victorian Building Authority.

Prior to joining KCL Law, Dominic worked as a lawyer for a boutique construction law firm where he acted for developers, builders, contractors, owners, real estate agents and owners corporations. During this time, Dominic frequently appeared as the instructing solicitor in the County Court of Victoria and in the Supreme Court of Victoria and has also appeared in mediations in VCAT.

Dominic has also volunteered as a paralegal and lawyer at number of community legal centres where he acted on disputes and Australian Consumer Law matters. He is a member of the Law Institute of Victoria, Society of Construction Law Australia and Property Council of Australia ― Victoria Division.

In 2021, Dominic was a 'finalist' in the Lawyers Weekly 30 Under 30 Awards for Construction and Infrastructure. Identifying the finest young lawyers across Australia, the Lawyers Weekly 30 Under 30 Awards provides industry-wide recognition for professional competency while highlighting a passion for the law and dedication for personal advancement.