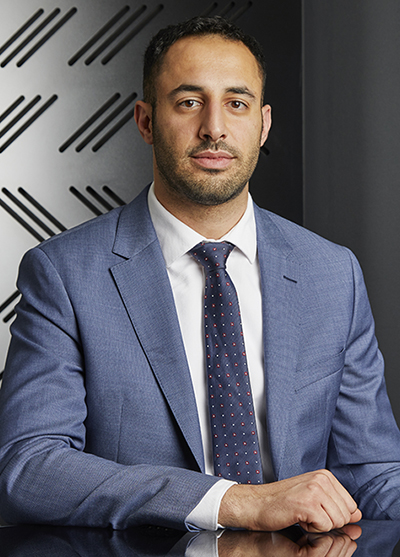 Basel’s approach to his practice is one of pragmatism and efficiency, while ensuring that he considers all options, including settlement when appropriate, so as to achieve a favourable outcome for his clients from both a legal and commercial perspective.

Prior to joining the firm, Basel worked as a lawyer for a boutique construction law firm where he acted for developers, builders, contractors and owners. During this time, Basel frequently appeared in the Victorian Civil and Administrative Tribunal, Magistrate’s Court, County Court of Victoria and regularly appeared as the instructing solicitor in the Supreme Court of Victoria for matters which involved disputes pertaining to defective and incomplete works, delays, extensions of time, latent conditions and claims brought under the Victoria’s Building and Construction Industry Security of Payment Act 2002 (and equivalent in NSW).

In addition to the Law Institute of Victoria, Basel is a member of Society of Construction Law Australia, Building Disputes Practitioners' Society and Property Council of Australia — Victoria Division.